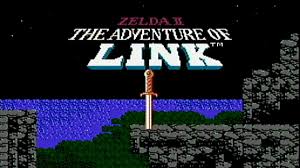 Nintendo has come to be known for many great achievements over the years, but to me their greatest achievement was that of consistently making reliable games that were fun to play and always displayed the best play control. Well, almost always.

This review is about one of those times when I believe that Nintendo threw caution to the wind and created a title based entirely on name recognition just for the sole purpose of making money. Craftsmanship be damned Zelda was hot and they were going to make another Zelda title, as quickly as possible, no matter the result. This is what I believe happened with Zelda II, or more accurately this is what Zelda II felt like to me when I played it as I will expand on below.

During the NES era this would hardly be the first time that Nintendo would do something this foolish with one of their premier titles. Super Mario Brothers 2 was actually a totally different game at first called Doki Doki Panic which wasn’t even a side scroller at first. Some sloppy programming and shoe-horning of Mario characters later and we got what is now known as Super Mario Brother 2. https://www.ranker.com/list/super-mario-bros-2-wasn_t-originally-a-mario-game/kellie-kreiss

So I asked myself, is this what happened to Zelda II? Was it a crappy version of Battle of Olympus with Zelda characters shoved in at the last minute? https://en.wikipedia.org/wiki/The_Battle_of_Olympus

Well let’s start at the beginning. With the credits.

Zelda II did indeed have some key people missing that worked on the Original Legend of Zelda title. Many of which would return on the masterpiece of the Zelda series, “A Link to the Past” (aka Zelda 3) on SNES. Most notably while the executive produce would remain Hiroshi Yamauchi, and producer Shigeru Miyamoto would be on every Zelda title, just about everyone else would be swapped out and return on Zelda 3.

I should note that although I like the 3D Zeldas, I consider them fundamentally different games and they are not part of the considerations in this article.

So, in short this mostly was a Zelda game made by key members of the Zelda team, but not up to Nintendo’s level of quality for Zelda games. It was released 2 years after the original, so there should have been enough time to get it right and the usual problems that games have that are rushed to be co-released with movies, or to borrow their credit from an earlier title, doesn’t come into play here.

In this article https://kotaku.com/shigeru-miyamotos-bad-game-514017583 the very successful producer, Shigeru Miyamoto (known for many great titles including Mario, Zelda, Donkey King, Yoshi’s Story, Pikmin 3 and much more) talks about what he wishes Zelda II could have been like. He talks a lot about the hardware limitations that the original Famicom system had, especially considering that the original Japanese release of the game was on a slower loading disk than the faster loading US/Eurpoe cartridge version a year later. So it turns out, there is no conspiracy, it’s just a case where a good team ended up making a bad game.

I do quite a bit of coding myself, and although I don’t claim to be the level of coder that anyone on the Zelda team is, I found that this game has several unforgivable problems that had nothing to do with the limitations of the hardware at the time.

You see, I’m not mad because Zelda II is hard. I like hard games, but ones that are designed to be hard like Megaman 2-6 or Cuphead, not ones that are just hard because of poor design, like Mega Man 1 and Zelda II.

Here are my primary gripes with the game.

1. The magic system can leave you in almost Atari E.T. style traps that you can’t get out of. These traps require magic to get out of, but if you’re out of magic you simply can’t. If you are too far away from an enemy, you can’t even die and start over. So you curse whatever gods you do or don’t believe in and hit reset. (Note: I still have a copy of E.T. for Atari known to many as “The Worst Video Game Ever”) Zelda II doesn’t quite fall that far, but it isn’t anything to write home about either. https://www.npr.org/2017/05/31/530235165/total-failure-the-worlds-worst-video-game

2. Leveling up takes too long, gives little benefit until near the end, and is too frustrating.

3. Magic costs too much, and isn’t that effective. In fact it isn’t until near the end of the game that you get a general spell that works on the whole area called Thunder, which costs half of your magic to use! On top of that, they introduce enemies that require fire magic to kill about half way though the game. Leading us back to point #1. Getting magic refills, while in caves or castles is hard to do. It is easy to refill in towns.

4. Finding other power ups, like heart containers, magic containers, and extra life dolls is also hard. You often have to stumble across random, unmarked, squares until you happen across something. For example, others that have played though the game will remember having to find Bagu to get across the bridge in Saria. I doubt few did this without consulting their Nintendo Power, well after breaking a controller and cursing like George Carlin when he’s talking about politicians.

5. The limit to power-ups is too low. This may have had to do with memory in the NES, but you can’t level up after level 8 for attack, magic, or health.

6. Many of the power-ups don’t make any sense. For example, you get the raft to go across the water, but can only use it in one spot. Then you need to get another item called the boots, also to be used to cross water with, but you can only use them in certain spots and then not where you used the raft.

8. Enemies are designed to knock you into things like lava, or off of bridges, often, which kills you instantly. Now we go back to 7. You can be more than half-way across the map, and get knocked off a bridge by some common enemy, and have to start over.

9. The play-control is awful. I know, I know, judging play-control on the NES is in many ways a fool’s errand. The controllers were clunky, and designed to damage your hands, and the range of movement was limited, but even with these considerations taken into account, we find that the character is unresponsive, and other aspects of the game are not adjusted to compensate for it. For example, the collision detection is very unforgiving although the character doesn’t respond well. Great accuracy is required of you as well, even though there is very little responsiveness. For example, using fire on Moa’s. https://zelda.fandom.com/wiki/Moa

Things that were cool:

While taking film appreciation class in college, I was told that there are always things to learn from even in the worst film. Perhaps the film is awful, but the costuming is good.

So here are some good things about Zelda II.

1. The idea is good. I don’t hate the idea of a side-scrolling Zelda. I just wish they made a good one.

2. After beating the game, you get to play though again without any of your items, but you get all of your magic spells attack, health, and magic upgrades. The game is actually fun on the second play-through.

3. After beating the game you obviously get to get together with princess Zelda. Since Link seems to live the life of a murdering drifter, it’s obvious that you weren’t doing it for the money. You were doing it for love, and what’s cuter than that?

How it could be better:

In the hopes that Nintendo released a reworked version of this game I have the following suggestions.

2. Magic should cost half as much as it does.

3. Player projectiles, like fire and thrown swords, should be twice as big and go twice as far.

4. Collision detection should be more forgiving.

5. The map should be reworked with more obvious visual hints as to where items are. (Sure, making them secret is fine, but being totally lazy and disguising them as just another tile is, well, lazy.)

6. The player should get 5 lives by default.

7. If a player dies in a castle, they should restart in that castle even after a save.

8. When attack is upgraded the sword should increase in length.

9. The life spell should always fill the life meter entirely.

10. No characters in town should turn into bats. The game is hard enough already, and that’s just petty.

11. A new cut-scene, showing Zelda and Link taking a gondola ride should be added at the end.

12. A transportation spell should be able to take you to the ruins of castles. I know, I’m totally taking this one from Lunar The Silver Star, but why not.

13. Invisible traps on paths leading to castles should be cut in half. 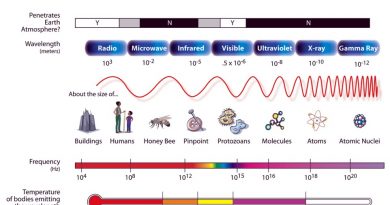 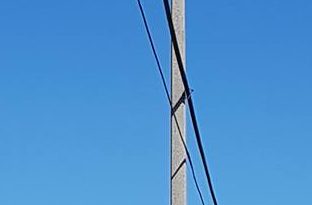